The Economics and Overlapping Practice of Competition and M&A in the Tech Industry: Takeaways from the IBAs M&A Conference

I view our role as economists in the antitrust and M&A world as contributing to understanding reality. The statistical and econometric techniques we use allow us to model a world that does not exist (for instance, a specific market where there was competition instead of a cartel) and predict the future with data from the past (establishing the potential risks of a merger). 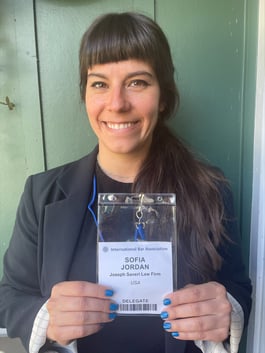 I had the opportunity to talk about this and more in the only antitrust panel of this year’s International Bar Association’s Mergers & Acquisitions conference. It took place in Sao Paulo, Brazil and had a big focus on tech, how to adapt our analyses, and the interaction between authorities, clients, and the industry.

The M&A and antitrust practices are increasingly overlapping as authorities around the world have heightened their scrutiny and attention to those operations that have the potential to increase market power, especially in industries like tech. Earlier in April, at the ABA Spring Meeting, the DoJ and FTC had announced specific changes in merger review which are in line with increased enforcement and potentially contesting certain operations after they have already gone forward.

Competition systems in Latin America are newer than those in the United States and the EU, hence authorities and private practice attorneys consider some of the cases tried in those jurisdictions to apply and adapt what may be relevant to our region. However, as Latin antitrust professionals, we recognize the importance of thoroughly understanding our local and regional markets because economic systems (and enforcement agencies) operate differently.

We had an incredibly fruitful conversation in the panel “Mergers in tech: the position of competition authorities in Latin America” where I participated alongside recognized antitrust lawyers from Brazil, Colombia and Uruguay (Barbara Rosenberg, Felipe Serrano, Cristianne Saccab Zarzur, Juan Manuel Mercant and Francisco L. Cestero) and the Brazilian authority’s (CADE) Economist Superintendent Patricia Sakowski.

These are some key takeaways:

The tech industry challenges how we think about markets and apply the traditional antitrust tools, especially those that pertain to economic analyses because - among other things - sometimes they compete in dimensions other than price and can become monopolies very quickly. In fact, because of the market power companies like Google, Meta, Apple, or Microsoft have amassed, mergers or acquisitions that involve them usually raise regulatory eyebrows, especially if they are buying nascent competitors. However, as some people say, “big is not always bad”, so the challenge is to truly understand (and quantify) potential efficiencies and risks in an industry that innovates disruptively and involves many different actors.

Antitrust agencies and tech have a dynamic that's defined by certain tension. There is a balancing act between providing legal certainty to the markets while allowing regulators enough leeway to adapt quickly, given that innovation in digital or platform-based markets happen in ways that challenge traditional antitrust frameworks. This calls for thorough and rigorous work from economists and attorneys alike.

There are specific characteristics of the tech industry that are worth paying attention to when evaluating potential mergers and their antitrust risks.

Firstly, platforms can become monopolies almost organically. These companies allow two different kinds of users to interact (Uber, for instance, connects drivers with people who want a ride and Google matches a query to a content provider), so the more users on each side of the market, the better the product or service. This is not necessarily a problem, but it raises the possibility of exerting market power on both ends. We must consider the potential effects on the labor side of the market as well as the product markets. A company like Uber could raise consumer prices, but it can also suppress the fees paid to those who use the platform to work. Per the United States antitrust authorities' announcements of increased enforcement in labor markets, this is an analysis that we would expect to be incorporated going forward.

Second, some platforms may compete in dimensions other than price, and measuring potential quality improvements is challenging. Some economists believe that the only way to apply economic rigor is to conduct statistical or quantitative analyses. However, companies' documents are extremely helpful in determining the intent of a merger or acquisition. We should consider the way a company views itself, its competitors, and if there is potential for market entry as critical pieces of evidence when weighing efficiencies over risks.

Third, given that tech has consolidated across industries, it is essential to include cross-sector analyses to establish whether merging parties can abuse their market power in adjacent markets as well.

Fourth, their astounding profits and rapid growth rates ensure that tech companies have enough funds to buy almost any new entrant. For enforcers, it is vital to establish when an acquisition may be "killing" competition. However, in this industry, startups invest in innovation precisely to be acquired. Economics can contribute by analyzing how a certain merger can bring complementary products or services together to ensure that the operation is pro-competitive and incentivizes relevant innovation.

Finally, tech companies produce tremendous amounts of data, and when consolidating across industries, they access information about consumer behavior that allows them to personalize and tailor marketing efforts to influence virtually every aspect of a consumer’s life. Of course, this can result in better, more personalized products and services. However, it also increases the potential of companies exerting market power if they eliminate interoperability that forces competitors out, or by locking people into their own products via anticompetitive means. Also, data collection and mining may raise concerns over data privacy, but this may be outside the scope of antitrust enforcement and calls for shared regulation with other authorities as well.

All of the above means that assessing market-entry conditions and potential risks and efficiencies of a merger or acquisition in the tech industry can be very challenging. It requires access to critical information and fact-finding that is very specific. Because of this, the antitrust community in some countries has started discussing whether we should shift the burden of proof in M&A. Under this model, certain mergers would be considered anticompetitive per se, and the company has to prove the opposite. Some people have raised concerns that this may reduce legal certainty. However, it can save agencies’ resources and make the system more efficient. Companies have the information, ability, and incentive to explain to authorities why the operation is pro-competitive and how they will pass on efficiencies to consumers (and workers).

When companies are transparent about their purposes and focus on the "why" of a specific consolidation operation, society can really reap the benefits of competition and innovation.